Sonnet offers Spanish as a part of our curriculum. The classes are taught immersion-style, with the teachers utilizing song, visual aids, repetition, games and hands-on activities to reinforce learning.

WHY LEARN A SECOND LANGUAGE?

The acquisition of a second language has been shown to benefit the socio-cognitive development of children – they are more flexible and creative, and score higher on both English and math exams. Learning a second language will give your child an advantage in today’s global economy and provide better opportunities for them later in life.

It is now common knowledge that younger children absorb the nuances of second and third languages much more efficiently than their older siblings (or their parents depending on the comparison). Thus the onset of learning a second language in the 6th or 7th grade is now viewed as “too late”. We at Sonnet believe exposure to the two languages offered in our curriculum are integral to a more global future: Spanish for its obvious ties to American culture; and Chinese for trends in global business and educational opportunities. 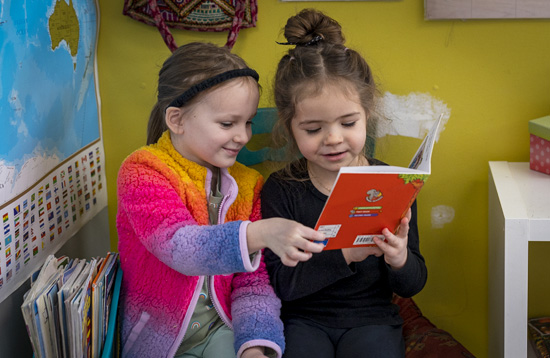 • When children learn multiple languages at a young age, they develop a life-long love of communicating with others.
• By incorporating foreign languages into the curriculum, children develop a greater appreciation for diversity.
• When young children learn about the structure of other languages, their ability in English is enhanced.
• Because the brain automatically compartmentalizes each language correctly, young children have the ability to learn many languages without getting them confused.
• When children learn a second language at an early age, they will achieve a more native grasp of both grammar and pronunciation in the second language.

WILL MY CHILD BE CONFUSED?