Montessori 101: Who Was Maria Montessori?

This month is the 152nd anniversary of Maria Montessori’s birth (August 31, 1870), and we will spend the next two weeks learning more about this incredible woman!

In Montessori’s time, and for centuries, past, children were considered lesser members of society; to be “seen and not heard”; to be “empty vessels” that needed to be filled by adults lecturing from the front of the classroom. Departing from convention, she taught that children are to be treated with utmost respect and kindness, and that it was they, not the adults, who would be the hope for the future. She believed in their potential, innate ability and drive to learn, and their essential goodness. She looked at the slums of San Lorenzo, Italy, to children who had been overlooked and considered to be beyond hope, and she saw potential – that if she could provide a safe, healthy environment for these children, that was accommodative to their development and interests, they would thrive. And she was right 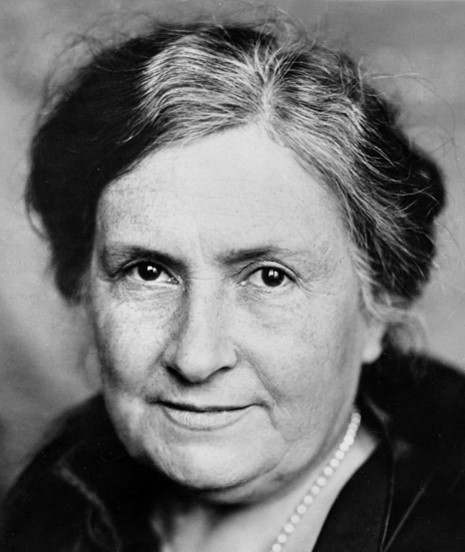 Montessori herself overcame convention and bucked tradition.  Although she attended traditional school from the age of six through twelve, she decided that she wanted to explore the predominantly “male” subjects of science and mathematics, with the ambition to eventually become an engineer.  When she graduated from technical school, she set her sights on the field of medicine, and applied to the College of Medicine at the University of Rome.  She was rejected due to her gender, but eventually, with the endorsement of Pope Leo XIII, was granted admission in 1980.  She faced discrimination by fellow students and from professors, but persisted, eventually becoming an assistant at the university hospital, and at the age of twenty-six, presented her thesis so brilliantly that the all-male board of review awarded her a full medical degree!  She was the first woman medical doctor in Italy.

Her work as a physician was primarily among women and children, and specifically, among those who had mental, physical or emotional disabilities, and, per the practice of the day, were held in asylums.  She treated all patients with great respect, regardless of social class or ability.  She again saw potential where others saw lost causes, and held classes for disabled children, where she was able to put into practice research she studied from physicians such as Itard and Seguin.  It was here that she developed the iconic “three-period lesson” that Montessori classrooms still use today.  Her interests and experiences led her to research and experiment in the field of education, using her background in the medical field led her to use the scientific method: observation, experimentation and testing.  Her incredibly successful efforts amongst these children won her a following from parents and teachers, who were eager to learn her methods.

In 1904, Montessori became a professor at a teacher training college at the University of Rome, and within two years, was challenged to take up the projected at the slums of San Lorenzo.  Authorities were at their wits end with this impoverished and troublesome district. While parents worked to earn money to feed their families, children were left to fend for themselves, and spent their time destroying property, fighting and becoming public nuisances.  True to her nature, she saw beyond class, circumstances and environment to their humanity–deserving of dignity and respect.  She eagerly went to work, introducing materials and applying and refining her methods based on her observations of the children. It wasn’t long before these “unruly” children transformed – from them emerged confidence, independence, diligence, conscientiousness.  They found great enjoyment in accomplishing daily tasks and engaging in constructive activities with concrete materials.  She saw them enjoy working with her seemingly simple materials for as little as fifteen minutes up to one hour – voluntarily!  As they explored with their senses, they were able to move from grasping concrete concepts to the abstract.  Their self-worth grew astronomically as they contributed to the wellbeing of their community and their own learning journey.   No one had to force these children to learn – the desire was already within them, dormant but awaiting the right conditions to come to life.  The first Casa dei Bambini (“Children’s House”) was a success!