Montessori 101: The Growth & Development of the Montessori Method

(This is Part 2 of a two-part series on the life of Dr. Maria Montessori. Read Part 1 here.)

This month is the 152nd anniversary of Maria Montessori’s birth (August 31, 1870).  Last week we learned about Montessori’s early years.  This week we are going to learn more about her transition from physician to educator and the growth and development of the Montessori Method.

The Development of the Montessori Method

Montessori’s medical and scientific background was essential to the formation of her method of education.  Rather than accept the effectiveness of traditional education, she observed, experimented and tested her own research and that of others.  Here are just a few of the things that she discovered:

The child is not an empty being who owes whatever he knows to us who have filled him up with it. No, the child is the builder of man. There is no man existing who has not been formed by the child he once was.

Among these and other observations, Montessori felt her most significant discovery was that it was the teacher’s duty to observe the student, rather than the student observe the teacher. Montessori noted that only when the teacher observed the child, could she determine what task or learning the child was ready for.  This observation was essential for the teacher to be able to see the child as an individual  and identify their unique needs and abilities.  She could then guide him on his own learning journey rather than expect him to conform to a “classroom standard”.

The Growth of the Montessori Method

In 1909, Montessori trained nearly 100 students in her methods, and published a book on the same topic later that year.  It was translated into English in 1912 as The Montessori Method, and has since been translated into 20 languages.

Her method grew exponentially during this time, as she traveled and lectured across Europe and the United States, where she received the support of many, including Thomas Edison and Alexander Graham Bell.  It grew in popularity amongst families of all backgrounds: rich and poor, privileged and disadvantaged.  She was outspoken in her criticism of the traditional classroom, of which said “children, like butterflies mounted on pins, are fastened each to his place.”

In 1915, for four months of the San Francisco Panama Pacific International Expo, Montessori and her appointed guide (teacher) opened a “glass” classroom of 30 children ages 2 ½ to age 6.  Guests filled the rows of seats outside the glass-walled classroom and watched the “miracle children” at work.   Visitors came away amazed at the children’s ability to concentrate and to absorb and apply knowledge at such young ages.  This unique view into the Montessori classroom, further propelled the method into popularity, and within a year, more than 100 Montessori schools were in operation across the nation.

Unfortunately, World War I impeded further spread of the method on the western side of the Atlantic, as anti-immigrant sentiments grew and Montessori could not make the dangerous journey from Europe to the United States to continue to promote and train teachers in her method.  (It took nearly thirty years for the United States to embrace the Montessori method again.  A young teacher from New York City, Nancy McCormick Rambusch, read Montessori’s book, was fascinated by her ideas, and in 1953, travelled to Europe to learn more.  She received training overseas before making vigorous efforts to bring awareness of the method back to the United States through the establishment of the American Montessori Society.)

Meanwhile, fascism was on the rise in Europe, and the Nazis had closed all Montessori schools in Germany, and Mussolini had closed all Montessori schools in Italy.  When Mussolini required Montessori to promote fascism with her schools, she refused, and was briefly interned.  Upon release, she fled Italy.  Montessori travelled to western Europe before making what was to be a brief visit to India.  It turned into a seven-year stay, when, as an Italian citizen, she was put under house arrest by the British government.  But those seven years were not in vain, as she continued her promotion of the method in India, where it rapidly grew in popularity.  She trained, along with her son, more than 1,000 Indian teachers.

Dr. Maria Montessori was a passionate advocate for peace education, having lived through and seen firsthand the devastating effects of World War I and II.  To the United Nations, she said that education was the true means of creating peace, stating that “Establishing lasting peace is the work of education; all politics can do is keep us out of war.”   She taught that education should go beyond academic knowledge to include global citizenship, personal responsibility, and respect for differences and an appreciation for diversity.  Before her death in 1852 at the age of 81, Montessori was nominated three times for the Nobel Peace Prize for her work on the promotion of peace through education and her advocacy for children.

Today, there are reported to be more than 20,000 Montessori schools worldwide.  In the United States, there are more than 5,000 Montessori schools, and more than 500 public Montessori schools.  A recent initiative by Jeff Bezos (founder and CEO of Amazon) to establish tuition-free Montessori-inspired schools, has brought further awareness to the method, citing that, their “program model was inspired by many of the core principles of the Montessori method. These principles include children having choice in their work, maintaining a prepared environment, and using a child’s interests and movement to support learning and cognition. We believe that these principles, among others, promote creativity, independence, collaboration, and leadership.” Source. 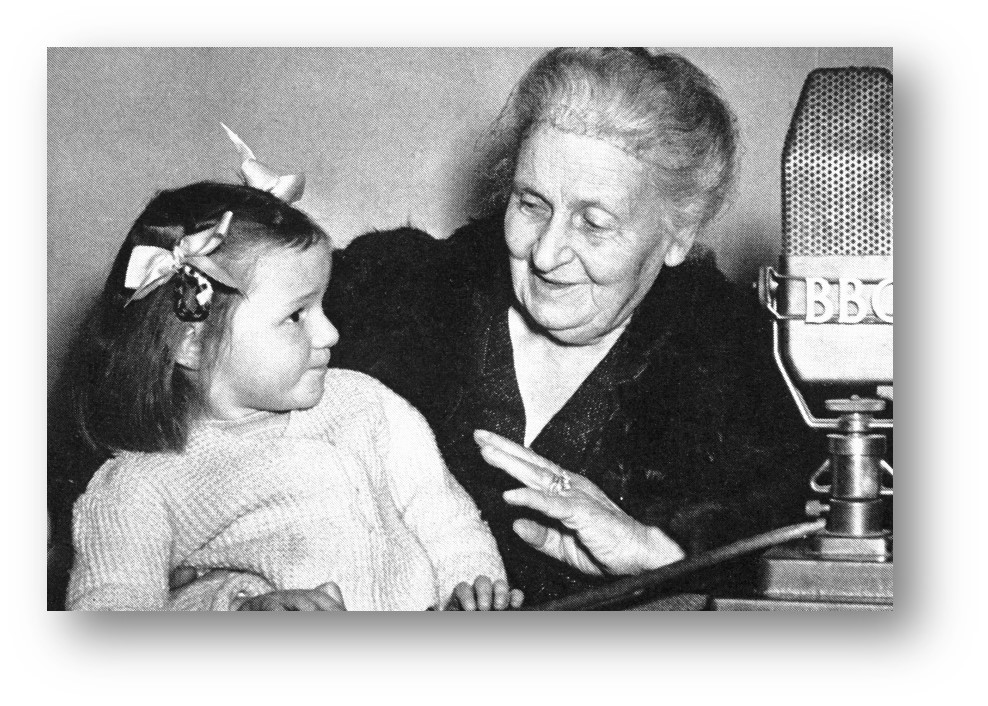